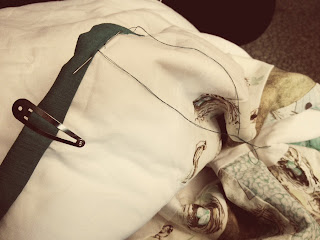 Hand sewing the quilt binding on.
Posted by Qutecowgirl at 9:01 PM 3 comments: 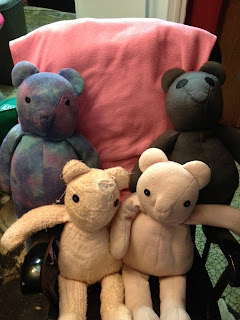 Here are all if them. So worse off then others.

The Blue-ish one is D's.  It's almost 11 years old!  K's is the worse. It was made from a really thick terry cloth that her two year self picked and picked at to the point that most of the bear has been de-terry-ed.  A's is the pink fleece one. 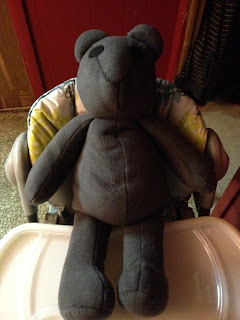 Here's Mj's.  I used a nice thick fleece. Grey was the only none girl one the store had. I used felt for the eyes unlike the other bears which have button eyes. Mj is a dare devil and destroyer of things  I wasn't gonna risk buttons with him. 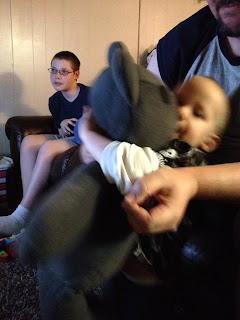 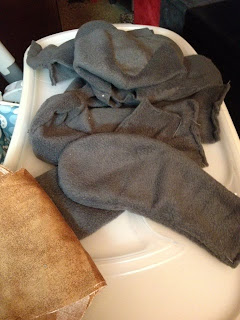 Will be a bear. Many years ago (at least 16) I worked next to a mom and pop fabric store. I bought this adorable fabric bear fabric. It has all the pieces on it that you cut out and sew together. I didn't like the fabric it was printed on so I put it away. Fast forward to when my oldest was about to turn one I found it again and thought to myself why not use it as a pattern on something nicer. Each of them got a bear made by momma on their first birthday. Well all except MJ. His will be a little late. Sorry my little Bud Bud. Hopefully this weekend it will be done.
Posted by Qutecowgirl at 9:52 AM 2 comments:

Someone had a haircut 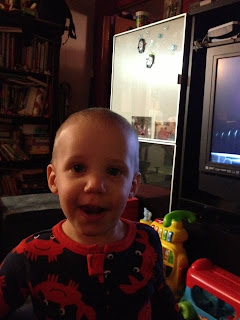 And now my baby looks all grown up.
Posted by Qutecowgirl at 6:52 PM 1 comment:

He acts up every time he sees a camera
Visit KitCamApp.com to check out KitCam for the iPhone & iPod Touch. 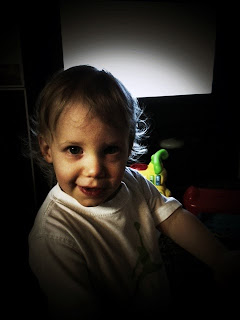 Sent from my iPhone
Posted by Qutecowgirl at 8:32 AM 3 comments: 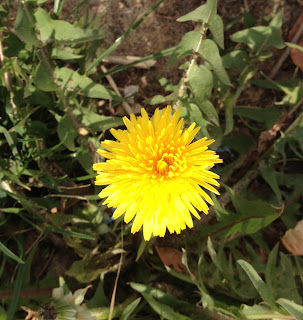 This morning was a beautiful spring morning so we walked to school. The new normal. We passed all the usual spots that the Hersh would visit. Walking back home it really hit me that she is gone.
Posted by Qutecowgirl at 3:11 PM 1 comment: 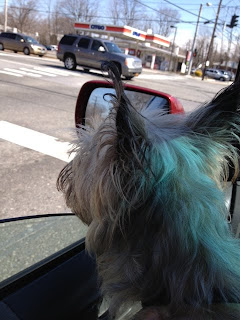 Today we said goodbye to my little Hershey. Her health has been declining rapidly these past 6 weeks. The vet thinks it was liver cancer that spread. It was too late to do anything about it. It all happened so fast. The picture is from her last car ride, something she loved

I'll miss you Hersh-miester very much
Posted by Qutecowgirl at 9:19 PM 5 comments: 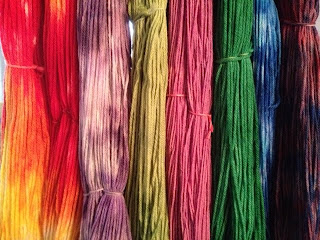 I needed yarn for an idea. I didn't have the right color so I pulled out my yarn dyes and whipped up some dye. Mixing up doesn't take much time so I mixed up a bunched of different colors. Here is an afternoon worth of messing around
Posted by Qutecowgirl at 4:28 PM 3 comments: